CA Dem. Senator Feinstein Walks Out of TV Interview Over Question About Why She Won’t Debate Opponent

Posted by JC on September 9, 2012
Posted in: CA Dem. Senator Feinstein Walks Out of TV Interview Over Question About Why She Won’t Debate Opponent. Tagged: conservative blog network, Elizabeth Emken 2012 US Senate, ELIZABETH EMKEN FOR U.S. SENATE, Feinstein "TOO WRONG 4 TOO LONG, Feinstein Walks out of interview, questioned why she won't debate Elizabeth Emken, TAX AND SPEND. Leave a comment

Dianne Feinstein has never received a challenger as she has with Elizabeth Emken. 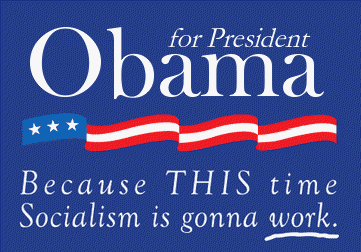 She refuses to debate because her tax and spend policies have been responsible for putting CA and the entire U.S. in the economic morass  and near depression like numbers of  the unemployed the nation is facing.

Sen. Dianne Feinstein (D-Calif.) is up for re-election in November and her main opposition comes from Republican candidate Elizabeth Emken. While Emken would like to debate the three-term senator, Feinstein has rejected the idea.

The Los Angeles Times thinks it is a good idea for the candidates to face off publicly. Last summer, after Emken won the Republican nomination, the Times published an editorial in favor of a debate:

Sen. Dianne Feinstein had an excuse for not debating her opponents in the first round of this year’s election — there were 23 of them. But now that the voters have winnowed the field to two, the four-term Democratic incumbent owes it to California’s voters to appear publicly with Republican challenger Elizabeth Emken.

What is this sitting senator afraid of?  She has the benefit of being the incumbent in a liberal state. Her campaign has amassed a massive pile of money to fend off almost any challenger. And based on the latest poll numbers from CBRT / Pepperdine, Feinstein leads Emken by double digits:

As Emken’s campaign is quick to point out, Feinstein has not faced a candidate in a public debate since the year 2000. And (as Emken’s website also points out) much has happened since 2000: