Like Obama’s her record of voting for Obama Care, raising taxes whenever possible, and being against the 2nd Amendment put her in a woeful position.

Of equal concern to California’s citizens and American Citizens is the fact that Dianne Feinstein doesn’t represent middle American values.

She votes as if she were Nancy Pelosi, protecting the whims of the San Francisco voter.

California voters deserve a U.S. Senator that will represent the entire state, not just the GBLT community.

Numerous news papers including the liberal Los Angeles Times have called for her to do so. 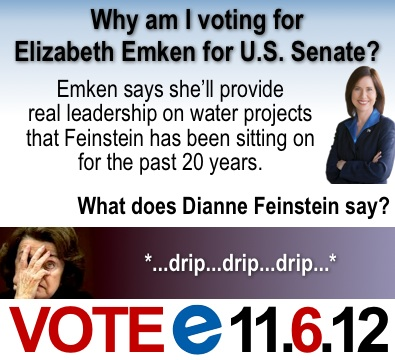 Instead, hoping to sneak across the finish line, she puts all of California through the equivalent of the “Chinese water torture.”

What’s next, death by a thousand paper cuts?

There is no place in the 2013 Senate for a 5-term tax and spend progressive.

Feinstein hides behind a moderate label, yet she votes with the radical progressive of her party consistently.

Dianne Feinstein: The Sound of Silence

Posted by JC on October 30, 2012
Posted in: Dianne Feinstein: The Sound of Silence, When a picture is worth a million words.. Tagged: conservative blog network, Dianne Feinstein, Elizabeth Emken 2012 US Senate, Feinstein "TOO WRONG 4 TOO LONG, Feinstein anti Second Amendment, TAX AND SPEND, www.emken2012.com. Leave a comment

When a picture is worth a million words.

I personally know Dianne Feinstein, she is my senator and she is the queen  of the long form letter that says basically nothing.

You know, the typical, “I’ll keep your thoughts in mind as I deliberate on the upcoming issue.  Which issue senator?

Your anti Second Amendment stance or your tax and spend policies along with your love affair with the Obama health care denial and rationing law.

Feinstein is on the wrong side of every issue to help turn our country around.

Feinstein has no plan with the exception of playing duck and cover drills so she can continue to avoid debating the more qualified Emken. 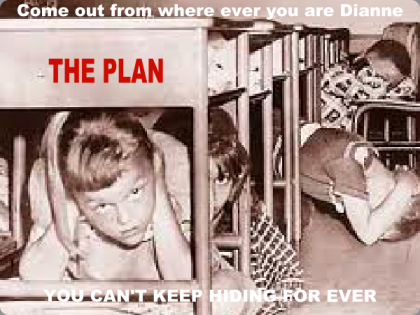 The only time we hear from her or see her on the T.V. is during this election because Elizabeth Emken is waiting to take her ceremonial throne away from her.

“Dianne Feinstein is hoping that 30 seconds of television time will make up for years of ignoring California’s economic problems and disrespecting California voters by refusing to debate,” said Elizabeth Emken, Republican candidate for U.S. Senate. “She’d rather sit in Washington DC and buy commercials than mingle with the masses and defend her failed agenda. I’m fighting every day, in every corner of California, to find real solutions for real people. The closest the average person will ever come to contact with Dianne Feinstein is a flat message on a flat screen.”

As the Benghazi story continues to unfold, it becomes clear We the People have been lied to and people died because  amateurs in the Obama administration failed act timely and appropriately. TOLL FREE: (866) 220-0044.

What did Senator Dianne Feinstein know and when did she know it?

I just called my senator, Dianne Feinstein’s office, will you?

It’s time for We the People to contact our congressional representatives and tell them it’s about time the begin honoring their oath to protect the Constitution. 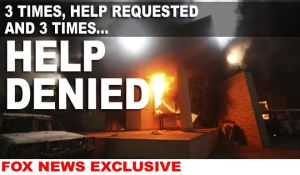 (ORANGE COUNTY, CA) – According to the Center for Security Policy, Senate Intelligence Committee chairwoman Dianne Feinstein had the worst voting record on national security issues in Congress this year. Feinstein scored 0% on all eight national security votes in the Senate, including an amendment she introduced that would have seriously limited our military’s ability to detain enemy combatants.

The CSP rated all 535 members of the Congress on eight issue votes taken in the Senate and 22 in the House this year. Their annual National Security Scorecard was released to the public today.

“As our national security continues to be threatened, at home and abroad, it is plainly evident that Dianne Feinstein doesn’t walk the talk when it comes to protecting America’s interests,” said Elizabeth Emken, Republican challenger for California’s U.S. Senate seat. “In fact, Feinstein has repeatedly shown an alarming tendency to enable our enemies, weaken relationships with our allies, and back pedal on intelligence accusations. That isn’t leadership. It’s insecurity.”

Explosive new allegations surrounding the Benghazi attack emerged this morning, with FOX News’ Jennifer Griffin reporting that sources have confirmed that three urgent requests for military assistance sent from the CIA annex were all denied; CIA operators were apparently told to “stand down” rather than respond when shots were heard around 9:40 p.m. on September 11.

Dianne Feinstein smells blood in the water and it’s hers

Dianne Feinstein, who recently placed a ceremonial bet on her San Francisco Giants over the Detroit Tigers in the World Series must have been aware of the teachings of Satchel Paige, who said, “Don’t look back. Something might be gaining on you.”

Knowing that Team Emken is closing the gap, the 79 year-old ceremonial senator from California has looked back and sees  a more qualified Elizabeth ready to take her place in Washington. 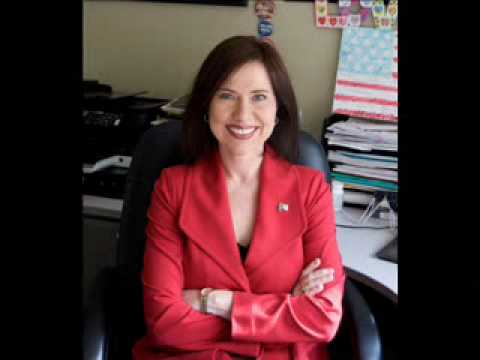 Feinstein, who has repeatedly dismissed Elizabeth Emken as not a worth opponent for debate is showing her desperation as she is now running the above ad on nightly television.

This is a first for Feinstein, she has never faces such accomplished opposition as she is now facing with Emken. Can there be any doubt why she refuses to debate her?

Like Feinstein’s  actual accomplishments, the ad provides a few tepid asides which only go to emphasize her lack luster accomplishments as a U.S. Senator.

California and the U.S. Senate can do far better.  Please remember to vote for Elizabeth Emken on November 6th.

Come on Dianne is that all you got?

Yes Senator Feinstein you do smell blood in the water, of course it’s yours.  Fortunately Elizabeth is not out to bite you but to beat you thus ending your 4 terms of incompetence as a U.S. Senator.

There has never been any doubt why Dianne Feinstein has been playing duck and cover drills hiding from her more qualified challenger, Elizabeth Emken.

In fact for the first time in memory, Feinstein the ceremonial senator is running TV ads indicating she is scared.

The soon to be 80 year-old senator has spent her entire career voting to raise taxes and attacking the Second Amendment.

Feinstein’s policies have been “Too Wrong for Too Long,” and as a result California faces bankruptcy. 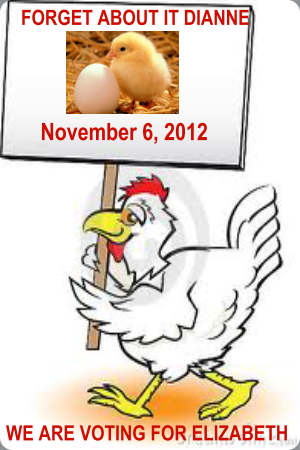 In times of requiring fiscal restraint wouldn’t it make sense to hire Elizabeth Emken who served in management, financial analysis, and corporate operations at IBM. As an efficiency and cost cutting expert, Elizabeth utilized activity-based cost analyses to identify administrative savings across IBM U.S. – helping streamline operations, eliminate waste, and save the company millions of dollars.

I’ve spent a large part of my career writing and lecturing about fiscal policy, bureaucratic reform and governmental streamlining, and I can’t think of a better choice for California voters to help us bring down the overreach of federal government than Elizabeth Emken. But with less than 3 weeks until Election Day, Elizabeth urgently needs our help. 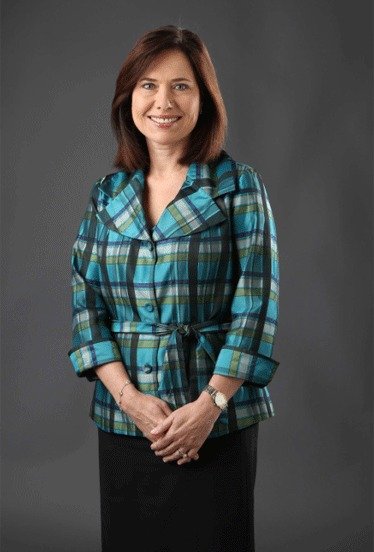 Will you join me in supporting Elizabeth Emken for U.S. Senate by donating $25, $50, $100 or more to her campaign today?

Listen to Elizabeth on the Dennis Prager show.

Elizabeth’s background as a problem solver shows a firm commitment to reducing regulations and government waste, and her commitment to fighting Obamacare will give us an important voice for repeal and reform in the Senate. California—and America as a whole—will benefit greatly by having Elizabeth Emken fighting for our shared beliefs in Washington in place of Dianne Feinstein and her partisan games.

Are you ready to retire Dianne Feinstein once and for all, I urge you to stand with me today?
Thank you in advance for your support.

P.S. I’m endorsing Elizabeth Emken for U.S. Senate because it’s time replace Dianne Feinstein with someone who’ll tackle federal government overreach instead of encouraging it. Please join me in supporting Elizabeth by donating $25, $50, $100 or more to her campaign today. Thanks—Tom