Posted by JC on July 11, 2012
Posted in: Feinstein just finding out the Haqqani Network has been involved in terrorism from its beginning. Tagged: 1980's, Dianne Feinstein want to lable them a terrorist group, Elizabeth Emken US Senate 2012, Fire Feinstein, Haqqani network, terrorists since the late, THEY SHOOT HORSES DON'T THEY? FEINSTEIN TOO WRONG 4 TOO LONG. Leave a comment

Once again Dianne Feinstein fails at her job, arriving late to the party.

The Haqqani network is a militant group based in Pakistan and Afghanistan that has become one of the American military’s most implacable foes. 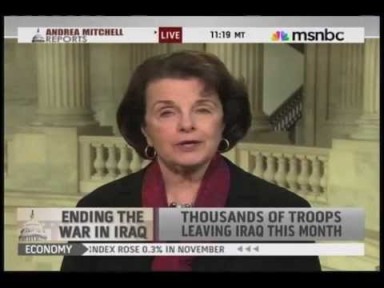 Get off my back I’ve been taking a nap!

In the late 1980s, Haqqani had the CIA’s full support. Foreign jihadists recognized the network as a distinct entity as early as 1994, but Haqqani was not affiliated with the Taliban until they captured Kabul and assumed de facto control of Afghanistan in 1996.

After the Taliban came to power, Haqqani accepted a cabinet level appointment as Minister of Tribal Affairs. Following the U.S.-led invasion of Afghanistan in 2001 and the subsequent overthrow of the Taliban government, the Haqqanis fled to the Pakistani bordering tribal regions and regrouped to fight against coalition forces across the border

It should come as no surprise that Senator Dianne Feinstein, Chair of the Senate Intelligence Committee was asleep on the wheel once again.

Many of the key leaders of the Haqqani Network, including Sirajuddin Haqqani, Badruddin Haqqani, Sangeen Zadran, Mali Khan and five others have been  designated, terrorists. 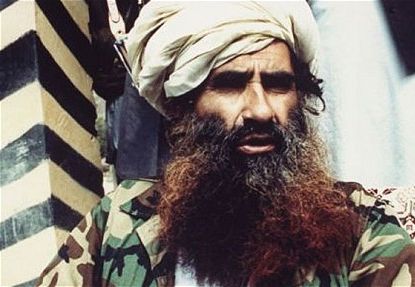 In a move that would only make her husband proud, she has sponsored legislation in the US Senate asking for the Haqqani Network to be designated as a Foreign Terrorist Organization (FTO), saying it fits the criteria outlined for the FTO.

Boldly Feinstein asserted, “You cannot negotiate with terrorists, and in my view that’s exactly what the Haqqani Network is,” said Senator Feinstein. “I have urged the State Department to designate Haqqani as a FTO for more than two years. Meanwhile, the organization continues to kill Americans in Afghanistan and launch brazen and indiscriminate attacks against innocent men, women and children in the region.”

Obama, the lover of all things Islam, turned down a request earlier this year to label the network what it is, a terrorist network.

Of course with Obama, the “U.S. does not negotiate with terrorists dogma was something he chose to ignore and he was busy through Hillary Clinton and the State Department buffing up their cut and run strategy while negotiating with the Taliban at the same time.

Are we now to believe she is capable to continue running this committee? Deanne Feinstein the 79 year-old senator seeking a 5th term must be replaced. Her incompetence can no longer be ignored.

The timing is perfect in an anti-incumbent year for the younger and more qualified Elizabeth Emken to replace her.  It’s time to wave good-bye to Di-FI