The IOU for Dianne Feinsteins fiscal insanity has arrived

Posted by JC on May 13, 2012
Posted in: The IOU for Dianne Feinsteins fiscal insanity has arrived. Tagged: Dianne Feinstein TAX and SPEND, Elizabeth Emken, US Senate from CA 2012, www.emken2012.com. Leave a comment

The IOU for our fiscal insanity has arrived.

Elizabeth Emken clearly delineates measures (Please see Elizabeth on the Issues) to restore solvency to CA as well.  While Dianne Feinstein knows but one thing, tax and spend. 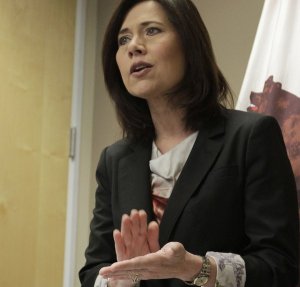 Elizabeth graduated from UCLA in 1984 with degrees in Economics and Political Science. Her studies included course work at Cambridge University, where she focused on political and economic issues in China and the Middle East.

She know full well in order to make California once again a magnet for business and new job creation it doesn’t take a rocket scientist.  It’s quite simple but abhorrent to Mrs. Feinestein. Cut taxes,  while cut  spending; in doing so, California once again will generate an enormous tax base from new companies and their employees.

Perhaps the 79 year old Feinstein is in capable of grasping the simplicity of an economic policy that works.  This is just one of many reasons have decided it’s time to send Diane Feinstein from Washington.  California voters and all of Californians deserve better, especially the children and young adults.  That is why the will be voting for Elizabeth Emken for U.S. Senate. She will represent our state and country well.  Her outstanding plan follows below.

During Dianne Feinstein’s current Senate term, the debt has grown another $6.5 trillion. It now exceeds $15.7 trillion; a total that is greater than the output of our entire economy. Within ten years, the United States will be spending more on interest payments on the national debt than on national defense. We must change course and begin a plan that reduces the debt and over time is aimed at eliminating it. It cannot happen overnight, but it can and must start now.