Let’s just get to it on this one shall we?

The seventy-nine year old Senior Senator from California is taking a page from Team Obama’s play book.  The United States Marine Corps. has filed all the proper and necessary paperwork so that  excess terrain on their 29 Palms base would not be allowed for recreation.

Is this Diane going environmentalist on Californians again or just an arrogant seeking a fifth term in the United States Senate that wasn’t to make sure Californians are prevented from having fun.

In the parallel universe in which the tired senator resides for get about the law, it’s her way or the highway. 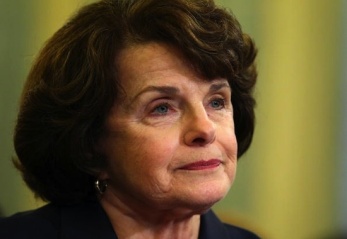 USMC Preferred Alternative: Alternative 6 was selected in the DEIS as the preferred alternative and slightly modified in the Final EIS: it is the optimal alternative for the Marine Corps considering operational and environmental impact factors together. Developed in response to public comments it was designed to preserve public access to important off-road recreation areas during periods when MEB training did not require use of those lands. The Preferred Alternative would allow for reopening to public recreation use approximately 40,000 acres of the acquisition area for ten months a year. The land would fall under management of the Marine Corps under this proposed plan.

Public comments are due by August 27

California voters have had enough of  her out dated thinking thus a new constituency, those that just “wanna have fun” will be voting for Elizabeth Emken in November.

The next month could be the most important 30 days in the last three years of this fight. Please help us activate every OHV enthusiast in the United States with this message. We need every off-roader to participate in a targeted outreach. One phone call or fax a day is all we ask. Talking points can be found below. Contact name is underlined. Congress is on recess this week, they should be in the District Office. Every off-roader must participate!

The US Marine Corps has posted the final EIS on their website here:

For context, issuance of the EIS has been anticipated for months. Nevertheless, Congress is still expected to enact the 2013 Defense Authorization Act that will include a provision requiring the Marines to undertake a study on alternative ways to share the land with the OHV community. The House has included the provision in its version of the bill, and Sen. Dianne Feinstein intends to sponsor the provision when the Senate takes up their version of the bill, thereby guaranteeing it will be in the final law. Although the Marines have put forth their EIS, Congress must ultimately enact legislation authorizing any transfer of land from the BLM to the Marines.

See the senators talking points below: