Posted by JC on July 25, 2012
Posted in: Dianne Feinstein is a big fan of bio fule for the military especially when here husband is selling it. Tagged: Diane Feinstein, Feinstein Too Long Too Wrong, Feinstein's Husband selling bio fule to the Navy?, www.emken2012.com. Leave a comment

Crony capitalism and Obama’s big new national defense ideas are no strangers to Senator Dianne Feinstein. The 79-year-old senator may believe this story challenging her moral compass will go away like the others that were never properly investigated.

She may have finally out did herself and with proper investigation by The House Committee on Government Ethics, if done quickly San Francisco’s own flower child may be forced to resign.

Dianne Feinstein is at it again seeing that her family fortune is increased by arranging for the United States Military to purchase her husband’s Bio fuel.

Why pay $3.60 a gallon for traditional jet fuel when the senator could pay $59 per gallon and keep her green constituents all warm and fuzzy.  After all, it’s not her money, it one belonged to the taxpayer.

I’ve called Congressman Issa’s office and that of my own, John Campbell at  the TOLL FREE: (866) 220-0044 number for all members of congress.  Calling Barbara Boxer’s number as well as Feinstein’s was a hoot.   It’s called demoralizing staff members.

Tomorrow please contact your own members of congress demand a full investigation from an independent prosecutor, as using the so-called Congressional Ethics Committee has become somewhat of a joke hasn’t it? 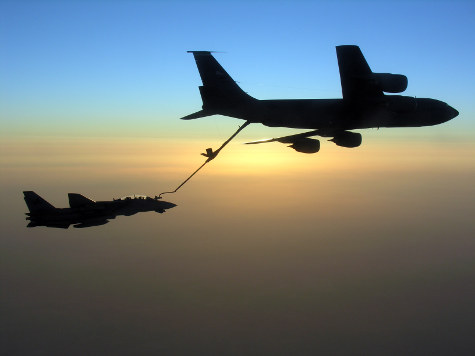 In his speech to the VFW today, Mitt Romney derided President Obama’s defense policy as follows: “When the biggest announcement in his last State of the Union address on improving our military was that the Pentagon will start using more clean energy – then you know it’s time for a change.”

Romney might have added that Obama has used his “clean energy for the military” policy to line the pockets of at least one big Democratic political supporters.

Thus, we learn from Wynton Hall at Big Peace that the United States Air Force spent $639,000 on 11,000 gallons of alcohol-to-jet fuel from Gevo Inc., a Colorado biofuels company, at $59 a gallon. The cost of petroleum is presently $3.60 a gallon, and one imagines that the government can use its purchasing power to get a considerably lower price than that.

So why pay $59 per gallon? It turns out that one of the venture capital funders behind Gevo Inc. is Vinod Khosla. Since 1996, opensecrets.org reports that Mr. Khosla has made $474,534 in campaign donations, 86 percent of which went to Democrats. As of this March, when Gevo filed with the SEC, Khosla’s firm owned a 27 percent stake in the company.

Similarly, the U.S. Navy has purchased millions in biofuels to demonstrate that a carrier strike group could be run on biofuels. The company that sold this fuel to the government reportedly is owned by the husband of Sen. Diane Feinstein.

Unfortunately, using clean energy policy to funnel money to big Democratic contributors is standard operating procedure under the Obama administration. In his book Throw Them All Out, Peter Schweizer revealed that 80 percent of the Department of Energy’s $20.5 billion loan program went to companies owned by or connected to Obama’s campaign donors.  See entire story below