Dianne Feinstein’ Finger-Pointing by Romney Over Libya Not Appropriate

Yesterday, Elizabeth Emken said, “This is a day of reflection and gratitude. As we reflect back to the terrible tragedy that shook our nation 11 years ago today, we remember the selfless acts of courage we witnessed as first responders and brave citizens worked tirelessly to rescue survivors, bring comfort to victims’ families, and rebuild broken communities. Their efforts, and those of the heroes on Flight 93, still resonate in our hearts and inspire our nation.

“The gratitude we show today to those incredible Americans, as well as every man and woman in uniform that has sacrificed their life to protect and defend our freedom, is an essential part of our nation’s fabric. We honor them best with our resolve to keep our country safe from acts of terror, our commitment to a strong national defense, and our prayers for a safer and more peaceful world.” 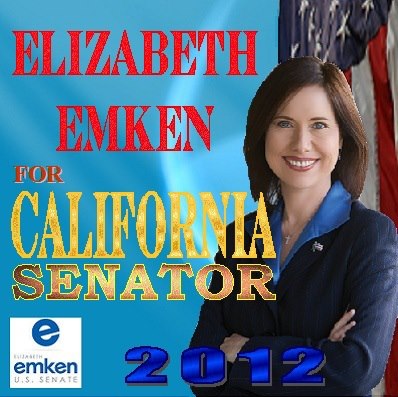 “I am outraged over the deaths of Ambassador Stevens and the other innocent lives lost in the violence in Libya and condemn the unjustifiable attacks on American sovereignty.

“We must vigorously defend the rights of Americans at home and abroad. I pray for the victims of these attacks and for renewed resolve by our leaders to defend American interests around the world.”

Feinstein, a Obama sycophant of course will be attacking the next President of the United States, Mitt Romney, It’s election time.  Like Obama she knows her days are numbered and her days living off the taxpayer are soon coming to a close.

The United States Senate no longer needs the likes of the 79-year-old senator seeking a fifth term in the U.S. Senate with Elizabeth Emken ready and far more capable to replace her.

Feinstein has been around “Too Long” and she’s “Too Wrong” for the situations facing California and the United States today.

Who is best prepared to represent California and the entire nation in the U.S. Senate?  That’s your decision, think about it, make the RIGHT choice, Emken for U.S. Senate from CA 2012 and let’s bring companies and jobs back to California.

“That’s just not true,” she told TPM outside her office, when asked about Romney’s criticisms.

“I don’t think it was [appropriate],” she said. “I don’t think that in an emergency situation like this a candidate should second-guess or criticize the president.”